Most Babies Suspected to be Large Actually Aren't 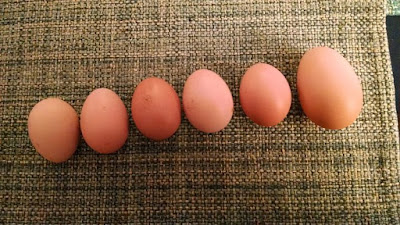 So many mothers get the "big baby" fear card handed to them during pregnancy. This often leads to pressure for interventions such as induction of labor, or scaring women into a planned cesarean.

In this survey, one-third of women surveyed were told their babies were getting "quite large." Yet only one in five of these women actually went on to have large babies (around 9 lbs. or more).

Although the survey doesn't have information specifically about women of size, I would bet that the rate of big baby fear cards is even higher in our care. There is some justification for this; on average, we do tend to have somewhat larger babies. But even so, most high-BMI women have average-sized babies. And even if they do have a bigger baby, most of these can be born just fine with a little care and patience, especially if they have full mobility during labor.

But the fear of big babies from big mothers is so exaggerated these days that many care providers act as if every high-BMI woman will have a Godzilla Baby. Sadly, a great deal of the increased interventions we experience is likely tied to that fear of big babies.


OBJECTIVE: To characterize the prevalence of and factors associated with clinicians' prenatal suspicion of a large baby; and to determine whether communicating fetal size concerns to patients was associated with labor and delivery interventions and outcomes. METHODS: We examined data from women without a prior cesarean who responded to Listening to Mothers III, a nationally representative survey of women who had given birth between July 2011 and June 2012 (n = 1960). We estimated the effect of having a suspected large baby (SLB) on the odds of six labor and delivery outcomes. RESULTS: Nearly one-third (31.2%) of women were told by their maternity care providers that their babies might be getting "quite large"; however, only 9.9% delivered a baby weighing ≥4000 g (19.7% among mothers with SLBs, 5.5% without). Women with SLBs had increased adjusted odds of medically-induced labor (AOR 1.9; 95% CI 1.4-2.6), attempted self-induced labor (AOR 1.9; 95% CI 1.4-2.7), and use of epidural analgesics (AOR 2.0; 95% CI 1.4-2.9). No differences were noted for overall cesarean rates, although women with SLBs were more likely to ask for (AOR 4.6; 95% CI 2.8-7.6) and have planned (AOR 1.8; 95% CI 1.0-4.5) cesarean deliveries. These associations were not affected by adjustment for gestational age and birthweight. CONCLUSIONS FOR PRACTICE: Only one in five US women who were told that their babies might be getting quite large actually delivered infants weighing ≥4000 g. However, the suspicion of a large baby was associated with an increase in perinatal interventions, regardless of actual fetal size.

Thanks for all the encouragement and research you share. As a "woman of size" and a doula, I really appreciate your site as a resource for women who feel discouraged by the culture and healthcare system today.

My birth center actually transferred my care to the hospital at 40 weeks because of my estimated 10-lb+ baby (no history of gestational diabetes). I had so much anxiety about delivering at the hospital that I waited too long to leave the house during labor and had an unplanned home birth. Luckily everything went smoothly and my baby was 8.5 lb. A year later I still have a lot of anger about it, though.