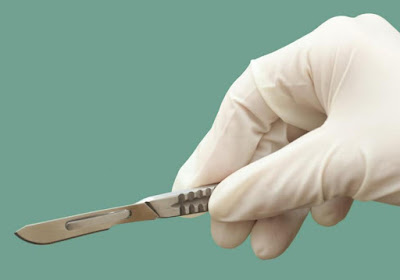 But sometimes cesareans are truly needed, even a planned, non-labor cesarean. And sometimes an elective repeat cesarean is chosen by women. When a planned cesarean happens, it's important not to do it sooner than absolutely necessary.

Recent research on the CDC database now suggests that the 39 week benchmark for planned cesareans is even more important in "obese" women.

One underappreciated reason for this is that many women of size have longer menstrual cycles than average-sized women. Instead of 28 days, many have menstrual cycles of 35 days or longer. That means that when their babies are delivered at what is thought to be 39 weeks, the babies are really only 38 weeks (or even younger). As a result, their lungs are less mature and less ready to function on their own. No wonder they needed more ventilation and more NICU time!

To improve outcomes in obese women and their babies, care providers should seek to adjust women's due dates to reflect the length of their menstrual cycles, or to have an extremely accurate dating ultrasound early in the pregnancy. And unless there is a critical need to deliver earlier, planned elective cesareans should be held off until between 39 or preferably 40 weeks, especially for those with longer cycles.

It's important to keep pushing doctors to do fewer planned elective non-labor cesareans in obese women; far too many are being done these days. They should be saved for truly necessary situations. But when a planned non-labor cesarean is done, it is critical not to schedule it too soon in order to lessen the risk of breathing complications in the baby.

More attention needs to be paid to ensuring accurate pregnancy dating in women of size. This can be done either by adjusting the due date to reflect the woman's cycle length, or by doing a dating ultrasound early in pregnancy (first trimester), or a combination of both.


OBJECTIVE: To examine the association between pre-pregnancy body mass index (BMI) and neonatal respiratory-related outcomes among women who underwent an elective cesarean section (CS). METHODS: A retrospective cohort study was conducted using the Centers for Disease Control and Prevention (CDC)'s 2009-2013 period linked birth/infant death dataset. Women who had elective CSs at term were categorized by their pre-pregnancy BMI as normal, overweight, obese or morbidly obese...A dose-dependent relationship between maternal pre-pregnancy BMI and assisted ventilation was seen. Furthermore, infants born to morbidly obese women were at significantly increased risk for assisted ventilation over 6 h (OR 1.24, 95% CI 1.15-1.35) and admission to intensive care units (OR 1.17, 95% CI 1.13-1.21). Infant mortality rates were 4.2/1000 births for normal weight women, and 5.5/1000 births among the morbidly obese group (OR 1.43, 95% CI 1.25-1.64). Risk for adverse outcomes was increased with elective SC performed at earlier gestational age, and this effect was not modified by use of corticosteroids. CONCLUSION: Overweight and obese women are at particularly greater risk of adverse newborn outcomes when elective CSs are done before 39 weeks. In these women, elective CSs should be delayed until 39 weeks, as corticosteroid use did not eliminate this association.

We conducted a retrospective cohort study of all women with body mass indexes (BMIs) at delivery of 50 or greater delivering a live fetus at 34 weeks of gestation of greater between January 1, 2008, and December 31, 2015...RESULTS: There were 344 women with BMIs of 50 or greater who met eligibility criteria, of whom 201 (58%) labored and 143 (42%) underwent planned cesarean delivery...CONCLUSION: Despite high rates of cesarean delivery in women with superobesity, labor is associated with lower composite maternal and neonatal morbidity. Severe maternal morbidity may be higher in women who require a cesarean delivery after labor.

...We analyzed cross-sectional data collected from 3941 premenopausal women from Iowa or North Carolina participating in the Agricultural Health Study between 1994 and 1996. Eligible women were age 21-40, not taking oral contraceptives, and not currently pregnant or breast feeding. We examined four menstrual cycle patterns: short cycles (24 days or less), long cycles (36 days or more), irregular cycles, and intermenstrual bleeding. RESULTS: Long and irregular cycles were less common with advancing age and more common with menarche after age 14, with depression, and with increasing body mass index. The adjusted odds of long cycles increased with increasing body mass index, reaching 5.4 (95% confidence interval [CI] = 2.1-13.7) among women with body mass indexes of 35 or higher compared with the reference category (body mass index of 22-23)....

Posted by Well-Rounded Mama at 6:59 PM No comments: