The Influence of Obesity Stigma on Breastfeeding Rates


A number of studies over the years have consistently found lower breastfeeding rates in high-BMI women. The question is, why?

Typically, most authors speculate that there is some biological disturbance and that this is the main reason for lower breastfeeding rates in "obese" women. In other words, as always, researchers see our bodies as defective and blame our weight for every problem we encounter.

However, a recent study found that there may be subtle obesity stigma at work as well. In the study, high-BMI women were consistently given less information about breastfeeding, less help in getting breastfeeding started, less opportunity to breastfeed within the first hour after birth, less access to breastfeeding support resource phone numbers, less rooming-in, and less encouragement to breastfeed on demand.

My best guess is that there are multiple factors at work in lower breastfeeding rates in heavier women. Although many women of size breastfeed without any problems, it's possible that for some there may be biological factors like Polycystic Ovarian Syndrome (PCOS) or other hormonal differences that impact milk supply.

In all likelihood, the breastfeeding rate in women of size is influenced by many complex factors. No one answer is likely to fix the rate completely.

But one factor that would be easy to fix is improving the consistency and quality of breastfeeding support offered to high-BMI women.

How sad that differences in quality of support even exist in the first place.

Restricting Prenatal Weight Gain Does Not Make for Skinnier Children 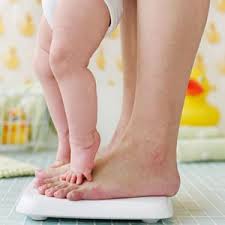 Many care providers promote restricting prenatal weight gain in "obese" women with the hopes that this will reduce obesity in their offspring.

Keep fat women from gaining weight in pregnancy and you will keep their children from being fat, right? "Do it for the children!" is the guilt-inducing line.

Here is a recent study that shows that prenatal weight gain restriction does not have any effect on child size.


BACKGROUND: Maternal prepregnancy obesity (BMI ≥30 kg/m(2)) and excessive gestational weight gain (GWG) have shown a strong positive association with a higher BMI and risk of obesity in the offspring. The aim of this study is to estimate the effect of a GWG restriction program for obese pregnant women on the children's BMI at 5 years of age and weight-for-length/height (WL/H) development from 2 months of age until 5 years of age. METHODS: This was a follow-up study of 302 children (137 children in an intervention group and 165 children in a control group) whose mothers participated in a weight gain restriction program during pregnancy. RESULTS: BMI at five years of age did not differ between girls and boys in the intervention and control group. The degree of maternal GWG, <7 kg or ≥7 kg, did not affect the offspring's WL/H. Compared with Swedish reference data, just over half of the children in both the intervention and control group had a BMI within the average range, whereas slightly more than one-third of the children had a higher BMI. CONCLUSION: Despite a comprehensive gestational intervention program for obese women containing individual weekly visits and opportunity to participate in aqua aerobic classes, there were no differences between BMI or weight development among the offspring at 5 years of age in the intervention and control group.

Posted by Well-Rounded Mama at 6:22 PM No comments: 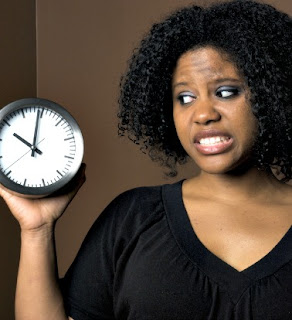 A while ago, experts developed guidelines to help reduce "failure to progress" cesareans, called the Consensus for the Safe Prevention of the Primary Cesarean Delivery. Among other things, they changed the definition of active labor from 4 cm to 6 cm and encouraged providers to wait longer before resorting to a cesarean in order to reduce "arrest of dilation" cesareans.

But would these new guidelines actually translate into lower cesarean rates in real life? Here is a study at a single academic medical center which compared the cesarean rate in induced or augmented first-time moms before and after the guidelines were implemented. Would the new guidelines result in a meaningful decline in primary cesarean rates? Would outcomes be improved?

Of course, because the new guidelines are very recent, the study size is limited. More research is needed to confirm that this change is helpful. But this study is very encouraging that indeed, many primary cesareans can be prevented with just a little bit more patience and time.

Now let's apply these lessons to the labors of "obese" women too. I would love to see a study that looked specifically at whether more time and patience in labor in high-BMI women could lower the rate of primary cesareans in this group too. My guess is that it would, since research shows that we tend to have longer first stages of labor and that care providers are often too quick to surgically intervene in the labors of high-BMI women. But wouldn't it be nice if we had research proving that more patience for women of size was helpful?


OBJECTIVE: To evaluate the rate of primary cesarean delivery after adopting labor management guidelines. METHODS: This is a before-after retrospective cohort study at a single academic center. This center adopted guidelines from the Consensus for the Prevention of the Primary Cesarean Delivery. Nulliparous women attempting vaginal delivery with viable, singleton, vertex fetuses were included. For the primary outcome of cesarean delivery rate among induced or augmented patients, 200 consecutive women managed before guideline adoption were compared with 200 similar patients afterward. Secondary outcomes of overall cesarean delivery rate, maternal morbidity, neonatal outcomes, and labor management practices were analyzed with inclusion of intervening spontaneously laboring women. RESULTS: Between September 13, 2013, and September 28, 2014, 275 women preguideline and 292 postguideline were identified to include 200 deliveries after induction or augmentation each. Among women delivering after induction or augmentation, the cesarean delivery rate decreased from 35.5% to 24.5% (odds ratio [OR] 0.59, 95% confidence interval [CI] 0.38-0.91). The overall cesarean delivery rate decreased from 26.9% to 18.8% (adjusted OR 0.59, CI 0.38-0.92). Composite maternal morbidity was reduced (adjusted OR 0.66, CI 0.46-0.94). The frequency of cesarean delivery documenting arrest of dilation at less than 6 cm decreased from 7.1% to 1.1% postguideline (n=182 and 176 preguideline and postguideline, respectively, P=.006) with no change in other indications.  CONCLUSION: Postguideline, the cesarean delivery rate among nulliparous women attempting vaginal delivery was substantially reduced in association with decreased frequency in the diagnosis of arrest of dilation at less than 6 cm.

Posted by Well-Rounded Mama at 1:09 PM No comments: