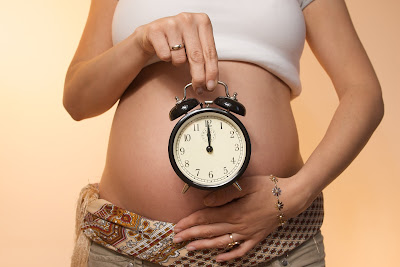 Many care providers push strongly for elective (planned) cesareans in older moms. However, a recent study challenges the wisdom of this common practice.

This extremely large study confirms that planned cesareans as a routine intervention for older moms is a bad idea. It increased their risk for infection, hysterectomy, kidney failure, cardiac arrest, and death.

This is an issue close to my heart as I was an "AMA" (Advanced Maternal Age, or 35 or older) mom for three of my four pregnancies.

In many practices, a woman like me ─ an older "morbidly obese" mother with a prior cesarean ─ would have faced intense pressure for a planned cesarean. I was fortunate to have care providers that didn't pressure me to have a cesarean just because of my age or weight. (Then again, I purposely chose providers who utilized a more low-intervention model.)

But the pressure for a planned cesarean can be quite strong on older mothers in many practices, especially if the mother is a first-time mom or received fertility treatment. One study found four times the rate of elective cesareans in older first-time moms. But why?

Some doctors see vaginal birth in an older mom as so risky that they prefer to just bypass labor altogether and plan a cesarean. Although the risk for stillbirth does seem to go up somewhat as women age, recent research confirms that this risk is quite modest (and not all research finds an increase in risk). Most healthy older women will do just fine.

Furthermore, a recent study confirms that the difference in outcomes between planned cesareans and planned vaginal births in older moms is quite small. Each choice has its own pros and cons to consider.

Risks probably increase as a woman ages; a woman of 54 probably has a much different risk than a woman of 41. However, many women with very advanced maternal ages have safe vaginal births too. Age alone should not be used as an absolute guide for a planned cesarean.

Although the risk for needing a cesarean during labor does increase as a woman gets older, the research shows that the majority of older women who are given a chance at having a vaginal birth actually do give birth normally. Giving birth under the care of midwives or in a non-obstetric unit setting may improve chances for a vaginal birth in older women who labor.

That is not to say that a planned cesarean is never appropriate in an older mom, only that the decision should be a nuanced one. Risks are higher in those with multiples, with those who have their first pregnancies after 40, and in those who required fertility treatments. Older women who have serious pre-existing health conditions, who have multiple major risk factors, or whose babies do not seem to be growing well have a much different risk profile than an older woman who is healthy, has no pregnancy complications, and has a healthy baby who is growing well.

It would be nice to see further research that provided concrete quantification of absolute risks at various ages in combination with various risk factors. That would be more helpful in guiding decision-making.

Still, all the factors must be considered and birth decisions should be made by the woman and her providers together. The decision should never be imposed on a woman by her provider; age does not negate a woman's right to personal autonomy in her medical decisions.

The bottom line is that routine use of a planned cesarean in older women simply because of age puts that mother's health at risk. Better to have the mother go into labor and see how labor goes. A cesarean can be done in labor if needed, but this very large study shows that routine cesareans for age leads to greater harm overall.

As the authors of the study conclude:


Planned cesarean section is a key factor significantly influencing maternal morbidity and mortality in healthy women with advanced maternal age. When possible, planned cesarean deliveries should be avoided in this population.

For an excellent review of the overall research around pregnancy in ages 35 and older, please see this article.

Posted by Well-Rounded Mama at 4:24 PM No comments:

One intervention often seen in pregnancies these days is estimation of fetal weight. But does this improve outcomes?

As a result, a big baby make many care providers nervous. So they routinely employ estimation of fetal weight near the end of pregnancy, either by hands-on estimation or by ultrasound estimation. But the critical question is whether estimating fetal weight actually improves outcomes.

Here is yet another study that shows that estimating fetal weight does NOT improve outcomes and that it increases the risk for cesareans.

This relationship persisted even when adjusted for actual birth weight and other variables, showing it was not just about the baby's size. The mere prediction of a large baby (whether baby was actually large or not) increased the risk for cesarean, suggesting that it is the way big babies are managed that makes the difference.

This is a particularly pertinent issue for women of size. Because "obese" women tend to have larger babies on average, care providers can get very anxious about fetal size in their pregnancies. Fear of big baby (and the resulting interventions) is one of the top drivers around the outrageously high cesarean rate in high-BMI women.

Sadly, this study does not directly address the effect of fetal weight estimation in the sub-population of obese women. It would be great to have data actually examining a practice that is so common in the management of obese women.

However, this is a very large and very powerful study showing that the practice of estimating fetal weight is harmful in pregnant women in general.

And it is just the latest in a long series of studies that show that the common practice of estimating fetal weight increases the cesarean rate.

Given that it is such a common practice in obstetrics these days, the practice of estimating fetal size before birth needs to be re-evaluated.

There are times when estimating fetal size can be appropriate, but most of the time it is more harmful than helpful. Care providers need to stop using it routinely.

And its use especially needs to be evaluated in the management of women of size.

Posted by Well-Rounded Mama at 9:17 PM No comments: 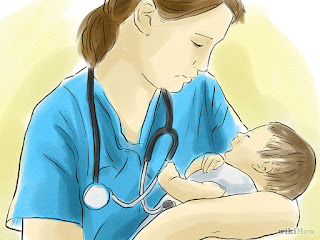 This lack of choice is greatly frustrating to the many VBAC women who want to be attended by a midwife. They feel they have a better chance at vaginal birth with a care provider that specializes in more hands-off model of care. Furthermore, they feel that a prior cesarean should not deprive a woman of her autonomy in choosing how and with whom she gives birth.

Here is recent research from a hospital that implemented a midwifery-led model of care. It compared stats from before and from after the switch to see how the change affected things.

The most striking result was that changing to a midwifery-led model of care increased both the number of women who planned VBACs and the number who actually ended up having a VBAC.

Most importantly, safety outcomes were just as good.

This shows that midwives can safely attend VBACs. Midwifery care is likely a key step in lowering the cesarean rate by preventing automatic repeat cesareans and by improving VBAC rates in those who do labor.

It is time for hospitals to stop restricting women who have had previous cesareans from accessing midwifery care.


BACKGROUND: Research is yet to identify effective and safe interventions to increase the vaginal birth after cesarean (VBAC) rate. This research aimed to compare intended and actual VBAC rates before and after implementation of midwife-led antenatal care for women with one previous cesarean birth and no other risk factors in a large, tertiary maternity hospital in England. METHODS: This was a retrospective, comparative cohort study. Data were collected from the medical records of women with one previous lower segment cesarean delivery and no other obstetric, medical, or psychological complications who gave birth at the hospital before (2008) and after (2011) the implementation of midwife-led antenatal care. Chi-squared analysis was used to calculate the odds ratio, and logistic regression to account for confounders. RESULTS: Intended and actual VBAC rates were higher in 2011 compared with 2008: 90 percent vs. 77 percent, adjusted odds ratio (aOR) 2.69 (1.48-4.87); and 61 percent vs. 47 percent, aOR 1.79 (1.17-2.75), respectively. Mean rates of unscheduled antenatal care sought via the delivery suite and inpatient admissions were lower in 2011 than 2008. Postnatal maternal and neonatal safety outcomes were similar between the two groups, except mean postnatal length of stay, which was shorter in 2011 compared with 2008 (2.67 vs. 3.15 days). CONCLUSIONS: Implementation of midwife-led antenatal care for women with one previous cesarean offers a safe and effective alternative to traditional obstetrician-led antenatal care, and is associated with increased rates of intended and actual VBAC.

Posted by Well-Rounded Mama at 2:21 PM No comments: