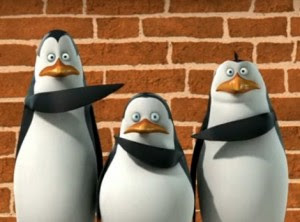 In honor of Cesarean Awareness Month, let's dissect yet another blame-the-fat-mother study.

These studies always blame the fat woman and emphasize weight loss to prevent cesareans etc., instead of also examining how their own biases and practices (a high induction rate in obese women and a low surgical threshold) are negatively impacting outcomes in women of size.

In this study, induction rates increased from 25.3% in "normal" BMI women to 42.9% in class III obesity women.

Where's the questioning of the necessity of most of these inductions?

Sure, inductions to some extent are going to be increased because there is more blood sugar and blood pressure issues in obese women, and it's true that these tend to rise as BMI rises. So by all means, go ahead and emphasize the importance of good nutrition and regular exercise as a possible way to decrease the number of obese women with complications. No one objects to that, as long as the emphasis is on reasonable expectations and not extreme measures.

But nearly half of the obese women in this study "needing" to be induced?  I don't think so.  Many of these inductions are NOT due to medical indications like high blood pressure or uncontrolled blood sugar.  Many are because docs are nervous about a big baby and decide to induce early (even though that increases the cesarean rate substantially and does not reduce shoulder dystocia), or because they think that pregnant fat women will never go into labor on their own.  Bzzzt on both counts!

Researchers always assume in studies that every induction in an obese woman is a necessary induction.  Some indeed are, but many are NOT.  Yet most researchers steadfastly refuse to connect the dots between the insanely high induction rate in fat women and the obscenely high cesarean rate in this group.  Augh!

Researchers, if you really want to start lowering the cesarean rate in women of size, start examining the insanely high induction rate of these women, and start putting those inductions under the microscope to see which ones are truly justified and which ones are not.

Cutting back on the rate of questionable inductions in "obese" women has tremendous potential for lowering the cesarean rate in this group, and, given the high failure rate of most diets, is much more achievable than pressuring all fat women to lose weight before pregnancy.


Objective: Nationally, rates of obesity continue to rise, resulting in increased health concerns for women of reproductive age. Identifying the impact of maternal obesity on obstetrical outcomes is important to enhance patient care.

Methods: We conducted a retrospective cohort study of 6674 women who delivered a singleton infant at ≥ 20 weeks' gestation between December 1, 2007, and March 31, 2010, at The Ottawa Hospital. Maternal pre-pregnancy BMI was used to classify women into normal, overweight, and obese (class I/II/III) categories according to WHO classifications. Obstetrical outcomes among obese women were compared with those of women with normal BMI. Multivariable regression models were used to determine adjusted odds ratios and 95% confidence intervals.

Conclusion: Increasing BMI is associated with increasing rates of preeclampsia, gestational hypertension, and gestational diabetes. There is a significant increase in rates of induction of labour with increasing obesity class, and a significantly increased Caesarean section rate with higher BMI. Obstetrical care providers should counsel obese patients about the risks they face and the importance of weight loss before pregnancy.

Posted by Well-Rounded Mama at 8:17 PM

Wait a minute, how come fat women can't go into labor on their own according to some OBs? I did, on my due date no less.

On top of that, fat women laboured just fine before modern medicine, otherwise we wouldn't be here.

ACOG has decided to address the US's high maternal mortality rate: '"The US ranks 50th in maternal deaths worldwide, far below Canada, Japan and many western European countries," said ACOG president Jeanne A Conry.' (from press release on figo.org page)

However, note that this paragraph is immediately followed by: 'She noted that conditions such as obesity, diabetes and hypertension were found in an "ever-increasing" number of reproductive-age women and all contributed to higher maternal health risks.'

Sheesh, they really can't talk about a systemic problem without trying to blame it on mothers.