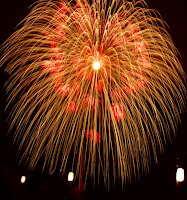 Recently, I saw someone post "The Best of 2010" from her blog ─ what she thought were the best or most interesting posts that she wrote during 2010.  I thought, what a great idea.........I need to steal it!

So here are some of my favorite or what I think were the most important posts of 2010 from my Well-Rounded Mama blog, just in case you missed some along the way.

Enjoy, and I look forward to seeing what comes out in 2011!

Second Annual Turkey Awards: Scare-mongering and Shaming Tactics - A condemnation of an opinion piece blasting women of size for the crime of Being Pregnant While Fat, and an examination of the scare tactics and shaming being used in the media to distort the risks around "obesity" and pregnancy.

Not much this month because I was in Hawaii for my 25th wedding anniversary!

Eat, Drink, and Be Merry, For Tomorrow We Diet - Research abstract summarizing what we in the fat-acceptance community have known for years ─ that restrained eating (a.k.a. dieting) tends to lead to or exacerbate overeating behaviors.

Choosing a Birth Care Provider: Which Type? - Between 80-90% of women in the U.S. choose an OB to attend their births, yet outcomes are just as good (and often better) with family docs and midwives.  This article by guest authors outlines the different type of birth providers available and the pros and cons of each.

You Have The Right To Decline To Be Weighed - Rehash of the debate over whether it's necessary to weigh people at every doctor appointment, when it might be important and useful, and when it's not.

Why VBAC Bans Are A Violation Of Human Rights - Discussion of the epic fail of ethics in doctors and hospitals that "ban" VBAC, either officially or de facto.

Variability of Uterine Efficiency - One of my favorites of the year, this post for Cesarean Awareness Month challenges the common perception that virtually all cesareans are "necessary" and shouldn't be questioned.  It shows the variation of cesarean rates from state to state, year to year, hospital to hospital, even doctor to doctor, and points out that oftentimes, factors unrelated to the characteristics of the mother herself are the strongest drivers of cesarean rates.

You're Killing Your Baby - Another in a sadly long series of posts documenting the abusive treatment of women of size in pregnancy.  This was the case of a woman, just over 200 lbs., whose doctor told her that she was "killing her baby" because she "couldn't control" her appetite.  (Her baby was fine and is now almost grown.)

Ultrasounds in Women of Size, Part 1 - Doing an ultrasound during pregnancy in a woman of size can be more difficult, but there are techniques to help improve imaging and accuracy, and techniques (like pressing too hard) that can actually result in data distortion.  (Part 2 of this series is in the "to-do" queue and will get done eventually!)

Distoring the Risks Again - Once more addressing the way that the risks of "obesity" and pregnancy are distorted in mainstream media (like this particular article in the New York Times) by using risk ratios instead of real-life numbers, promoting simplistic views of fat people and their habits, ignoring the fact that correlation does not equal causation and that extreme intervention also introduces risks, and by citing worst-case scenario stories of specific fat women.

Healthy Birth Practices: Keep Baby With You - Examines the influence of post-delivery practices in hospitals on breastfeeding and bonding, and discusses how common interventions particularly impact women of size and their breastfeeding rates.

Will I Feel My Baby Move If I'm Fat? - One of the most-viewed blog posts on this site ever, this discusses the common myth that fat women won't feel their babies move "because of all that fat in the way."  Poppycock!

About Damn Time: Good News For Vaginal Birth After Multiple Cesarean - A review of ACOG's change of guidelines about VBACs, and in particular "allowing" VBAC after 2 cesareans again.  A celebration of the changes but also a condemnation of the (non evidence-based) decision to disallow VBA2C in 2004 and the chilling effect that has had on women and birth worldwide.

You Will Probably Just Die Anyway - Another in the series of posts, documenting mistreatment of women of size in pregnancy.  This woman was told that she would no doubt get GD, high BP, and probably just die during pregnancy.  The story sparked a number of people to share their stories of mistreatment and scare tactics too.

Breastfeeding in Women of Size: Sensationalism Vs. Meaningful Research - Another common theme in articles on "obesity" and pregnancy is that breastfeeding rates are lower in "obese" women.  This article examines the research, notes its shortcomings (particularly the lack of consideration of the impact of PCOS on milk supply), and discusses other possible influences (hypothyroidism, anemia, interventions in labor and postpartum) and how these might also impact women of size disproportionately.  A call to arms for better and more meaningful research on breastfeeding in women of size.

Is Weighing Necessary During Pregnancy? - Part 2 of the series on whether "obese" people need to be weighed at doctor appointments, this installment examines the arguments (and research) for and against weighing during pregnancy.

Please Document Your Stories of Mistreatment - Notes the importance of documenting examples of size/weight bias, tells some of women's stories, and gives resources for documenting these stories.

Antibiotic Underdosing in "Obesity" - One of the most important entries this year (in my opinion) even though it has nothing to do with pregnancy.  This entry discussed the fact that many "obese" people are underdosed with antibiotics, i.e., are given  ineffective, subtherapeutic levels, and this may cause a lot of our poorer outcomes after surgery etc.  A lot depends on the type of antibiotics (some need weight-based dosing, some do not, depending on the mechanism of action) but research clearly shows that more study is needed into the best dosages for "obese" people ─ yet little of this research is being done.

Nice Is Not Enough: Questions for Interviewing a Maternity Care Provider - Sparked by a blog entry from a midwifery blog, discussion of important questions to ask when choosing a birth attendant for your birth.  Some discussion of special issues for women of size too.

Prenatal Weight Gain: When the Conclusion is Made Ahead of the Results - First in a series of posts about prenatal weight gain politics and how they are impacting women of size.  Discusses a new Kaiser study which promotes ZERO weight gain for "obese" women in pregnancy.

Prenatal Weight Gain: Ignoring Possible Harms - Second in the series on prenatal weight gain politics for women of size.  Discusses the possible risks associated with very low weight gains (and even weight loss) in "obese" women and the possible implications for the baby's future health.

Prenatal Weight Gain: The Importance of Study Design - Third in the series on weight gain in women of size.  Discusses how the studies on restricted weight gain in "obese" women often are poorly designed, with critical concerns about sample size, controlling for iatrogenic factors, lack of long-term follow-up, and confusion of correlation vs. causation.

Gaining Weight In Pregnancy Means a Cesarean? - Documents a concrete example of one of the ramifications of restricted weight gain for women of size, which is penalizing women who "gain too much" by requiring them to have an "elective" cesarean.

Too Out Of Shape for Birth? - Documents another example of size bias, the perception that fat women are "too out of shape" to push out a baby.

Breastfeeding Lowers the Risk for Diabetes and Other Maternal Disease Later in Life - Review of new and old research that shows that extended breastfeeding significantly lowers the risk for diabetes, heart disease, and other issues later in life.

Third Annual Turkey Awards: Jumping To Conclusions - Documents incidences of science-challenged doctors who ramp up the risk perception around "obesity" and pregnancy to conclude that if a fat woman is somewhat at risk for complication, then she WILL get it, and she or her baby will probably DIE as a result.  (See also, "You Will Probably Just Die Anyway" above.)

Contemporary Cesarean Patterns in the USA - Discusses recent study on cesarean patterns in 19 hospitals across the country and its implications.  Nearly half of the women were induced, many had "failure to wait" cesareans, primary cesareans were up sharply (which bodes ill for the future), and VBAC access is limited.  Calls for changes, but is anyone listening?

VBAC After 2 Cesareans - Distorted Risk Perception - Distorted risk perception is especially egregious in "obesity" and pregnancy, but many doctors also have distorted risk perceptions with breeches, VBAC, and especially about VBAC after more than 1 cesarean.  Documents a study in which French OBs underestimate the risks associated with multiple repeat cesareans and overestimated the risk for rupture in VBA2C as 7-15x what it really was.

The Fat Vagina Theory: "Soft Tissue Dystocia" - Documents the commonly-taught but completely unproven theory of "soft tissue dystocia" ─ that extra adipose tissue in the pelvis and vaginas of "obese" women obstruct the baby's path out and is a big part of the high cesarean rate in women of size.  Documents the lack of research supporting this theory and discusses the research and anecdotal evidence which seem to contradict it.

All in all, a productive year, I think!  Which of my 2010 entries were your favorites, dear readers?

Yeah, there were a lot of research-heavy entries, but then I'm a bit of a numbers geek.  Plus I just think it's important to document the research that challenges common perceptions about "obesity" and highlight further research that's needed.  There's plenty of research on "obesity" out there; the problem is that much of it is CRAP or is not very insightful.  The bottom line is that we need better and more meaningful research.

Next year, we start a periodic series addressing the risks of pregnancy in women of size, discussed in realistic terms but without scare tactics or hyperbole, and ways in which women of size can be proactive about lessening these risks.  Stay tuned!

Happy New Year to all my readers. Have a wonderful 2011!

*If you have specific requests for topics for the next year, feel free to leave them in the comments.  I may not get to them immediately, but I do like idea suggestions.
Posted by Well-Rounded Mama at 5:38 PM

Email ThisBlogThis!Share to TwitterShare to FacebookShare to Pinterest
Labels: blog purpose and management

Thanks, it was fun going back and reading some of your great posts again! As for me, baby #5 is due some time this month. This will be my 4th VBAC, my 3rd home water birth. I have a midwife who is fantastic, has never once expressed concerns about my weight or its effect on the baby. In fact, she knows that I know how to be pregnant, how to grow a baby, and she encourages me just to do my thing and let her know if I have problems or concerns. Looking forward to a great birth and a great new year!!