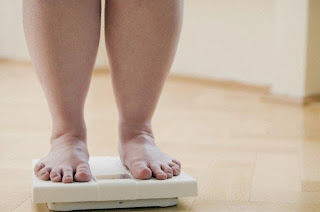 One idea often promoted by care providers is that keeping prenatal weight gains to the minimum possible or losing weight in pregnancy will prevent blood pressure issues (Gestational Hypertension or Pre-Eclampsia) in "obese" women.

One of the most dreaded complications of pregnancy is blood pressure issues like GHTN and PE, and obese women really are at increased risk for these complications. It is understandable that care providers want to try to prevent that if at all possible.

However, here is a recent study that shows that losing weight and very low gains in pregnancy did not lower the rate of Gestational Hypertention (GHTN) or Pre-Eclampsia (PE) in obese women.

This is important because, as we have discussed before, more and more providers are zeroing in on weight gain in pregnancy as a way to try and prevent complications in higher weight women.


Any causal interpretation of the association between total weight gain and these complications is limited. For preeclampsia, high total gain most likely reflects pathologic fluid retention as part of the disease.

In other words, just because very low gain is associated with less pre-eclampsia, it does not follow that making women gain very little weight during pregnancy will prevent pre-eclampsia. Instead, higher weight gain is usually simply a side effect of pre-eclampsia due to the fluid retention and swelling common to pre-eclampsia.

Despite this, many caregivers imply that women can prevent pre-eclampsia by controlling their weight gain during pregnancy. Some are resorting to "scorched earth" tactics, including some truly frightening and extreme nutritional advice, or by encouraging women to lose weight during pregnancy.

This latest study shows that blood pressure issues in pregnancy can't be reliably prevented by having obese women gain minimally or even by losing weight while pregnant.

Care providers should not be putting higher-weight women on extreme restrictions while pregnant, nor should they be expecting them to lose weight.

While it's perfectly appropriate to inform higher-weight women of the most optimal prenatal weight gain range to shoot for and to give them reasonable counseling about how to do so, it's much more important to emphasize great nutrition and regular exercise. Then trust the woman's body to gain what it needs to gain for that pregnancy.


OBJECTIVE: The objective of this study was to examine the influence of gestational weight gain on the development of gestational hypertension/preeclampsia (GHTN/PE) in women with an obese prepregnancy body mass index (BMI).

METHODS: Obese women with a singleton pregnancy enrolled at < 20 weeks were studied. Data were classified according to reported gestational weight gain (losing weight, under-gaining, within target, and over-gaining) from the recommended range of 11 to 9.7 kg and by obesity class (class 1 = BMI 30-34.9 kg/m2, class 2 = 35-39.9 kg/m2, class 3 = 40-49.9 kg/m2, and class 4 ≥ 50 kg/m2). Rates of GHTN/PE were compared by weight gain group overall and within obesity class using Pearson chi-square statistics.

RESULTS: For the 27,898 obese women studied, rates of GHTN/PE increased with increasing class of obesity (15.2% for class 1 and 32.0% for class 4). The incidence of GHTN/PE in obese women was not modified with weight loss or weight gain below recommended levels. Overall for obese women, over-gaining weight was associated with higher rates of GHTN/PE compared with those with a target rate for obesity classes 1 to 3 (each p < 0.001).