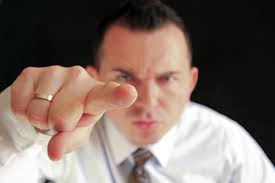 For many years, the cesarean rate rose, virtually unchecked. When this was questioned, care providers resorted to the old mantra of blaming the women.

At first they said that the cesarean rate was rising because women wanted cesareans to avoid the pain and bother of labor, or for the sake of convenience. The Brits called this being "too posh to push," implying that women were selfish, lazy, and couldn't be bothered to go through labor.

In the U.S., doctors implied that women wanted cesareans for the sake of convenience; they implied the increase in cesareans was simply in response to demands from women themselves.

Of course, there are a few women request elective cesareans, but those women are rare, probably around 1-3%. By and large the cesarean rate was NOT being driven by mother request or because women couldn't be bothered to labor.

When data came out questioning this, doctors started blaming women instead.

They said the cesarean rate was rising because women were too old, were waiting too long to have babies, were too fat, or were too sick. Numerous articles said that was what was REALLY driving the increase in cesareans. Here is a quote from one Canadian article:


Doctors said several factors are driving the push for surgical births, from fear of pain during childbirth and the convenience factor to the growing proportion of expectant mothers who are obese.

Ugh. I've been arguing against the "women are too fat" argument for years. Fat women have had plenty of babies in the past and the cesarean rate for them then was far lower than it is now. In some studies it was no different than that of average-sized women.

It's not women's size that is directly driving the cesarean rate. Instead what seems to have changed is providers' practice patterns around handling the pregnancies of fat women.

Critics would argue that the cesarean rate has increased in all groups over time, which is correct. However, it has not increased equally over all groups, suggesting that something about the management of certain groups has changed.

For example, the rate has increased MOST in the women with the highest BMIs. In the German study, the cesarean rate increased 15.3% in the "normal" BMI group, whereas it increased 28.3% in the "morbidly obese" group.

This strongly suggests that it is not obesity itself that is driving the increase, but the way that obese pregnancies are being managed. Obese women are subjected to more interventions, more exaggeration of fear around their pregnancies, and a lowering of the surgical threshold for a cesarean.

But it's not just about blaming obesity. Women are being blamed across the board for higher cesarean rates in order to deflect criticism from how births are being managed these days.

I have written about this topic of mother-blaming for cesarean rates many times. That's why I was delighted recently to see this mother-blaming thoroughly debunked in an article from Australia. (The article is not new; it is from 2012, but I only recently saw it.) It was written by maternity care professionals there. Sadly, they were mostly addressing the cesarean rate in Australia, although they did reference the rates in the U.S. Wish more U.S. providers had the guts to chime in on this issue.

But at least the Australian authors said out loud what few in the obstetric world have been willing to admit until recently ─ that the increase in cesareans has largely been driven by provider practice, not by differences in women themselves.

Here is a quote from the authors (my emphasis):


When we’re not using the “too posh to push” or “asking for it” explanation for rising caesarean rates, health professionals resort to the “too old, too sick and too fat” mantra to explain away our responsibility for the rise. In other words, women are giving birth at older ages, they have more health complications and are increasingly overweight.

All of this is true on one level – women are older and more likely to be overweight and this all increases the chance of complications – but caesareans are rising among all groups, regardless of age, risk factors and weight...

It’s time to abandon the “too old, too fat, too sick and asking for it” mantra and stop blaming women for the high rates of caesarean births.

Instead, we need to address the real problem: we health providers are too often scared, impatient and inadequately informed to give women a real choice.

About time someone in the profession is saying what consumers have been saying for years! Yet many in the medical world are still scapegoating women for high cesarean rates.

It is not a matter of a rising tide of high-risk mothers driving up the cesarean rate, but rather a deep and increasing trend towards more intervention and a lower surgical threshold in ALL groups. As Henci Goer and CNM Amy Romano note in their book, "Optimal Care in Childbirth":


U.S. cesarean rates have increased sharply at every maternal age, in every ethnic group, and for every demographic or medical risk factor.

By blaming mothers, caregivers avoid taking responsibility for their own actions which have pushed up the cesarean rate.

The induction and "pushed birth" epidemic, the over-intervention in normal labors, the lack of support for vaginal breech birth, the virtual abandonment of VBAC, the loss of skills in manually turning poorly-positioned babies, the lack of patience during labor, the increasingly narrow definition of "normal," the fear around lawsuits, and the lowering of surgical thresholds have all been caregiver-driven reasons for the rise in the cesarean rate.

The conversation needs to stop being about mother-blaming. It should be about caregivers taking responsibility for the patterns of management that have driven up cesarean rates over the years. Providers have conveniently managed to deflect this for years by blaming women instead of turning a critical eye to their own practices, but this must end.

Changing demographics may play a small role and women do have a responsibility to be proactive in their health habits to minimize the risk for complications, but providers need to acknowledge that the way they manage births has been a very significant factor in the tremendous rise in the cesarean rate.


BACKGROUND: Cesarean delivery is the most common inpatient surgery in the United States, where 1.3 million cesarean sections occur annually, and rates vary widely by hospital. Identifying sources of variation in cesarean use is crucial to improving the consistency and quality of obstetric care. We used hospital discharge records to examine the extent to which variability in the likelihood of cesarean section across US hospitals was attributable to individual women's clinical diagnoses. METHODS AND FINDINGS: Using data from the 2009 and 2010 Nationwide Inpatient Sample from the Healthcare Cost and Utilization Project--a 20% sample of US hospitals--we analyzed data for 1,475,457 births in 1,373 hospitals. We fitted multilevel logistic regression models (patients nested in hospitals). The outcome was cesarean (versus vaginal) delivery. Covariates included diagnosis of diabetes in pregnancy, hypertension in pregnancy, hemorrhage during pregnancy or placental complications, fetal distress, and fetal disproportion or obstructed labor; maternal age, race/ethnicity, and insurance status; and hospital size and location/teaching status. The cesarean section prevalence was 22.0% (95% confidence interval 22.0% to 22.1%) among women with no prior cesareans. In unadjusted models, the between-hospital variation in the individual risk of primary cesarean section was 0.14 (95% credible interval 0.12 to 0.15). The difference in the probability of having a cesarean delivery between hospitals was 25 percentage points. Hospital variability did not decrease after adjusting for patient diagnoses, socio-demographics, and hospital characteristics (0.16 [95% credible interval 0.14 to 0.18]). A limitation is that these data, while nationally representative, did not contain information on parity or gestational age. CONCLUSIONS: Variability across hospitals in the individual risk of cesarean section is not decreased by accounting for differences in maternal diagnoses. These findings highlight the need for more comprehensive or linked data including parity and gestational age as well as examination of other factors-such as hospital policies, practices, and culture--in determining cesarean section use.


BACKGROUND: Higher body mass index has been associated with an increased risk of Caesarean section. The effect of differences in labour management on this association has not yet been evaluated. METHODS: We conducted a cohort study using data from the McGill Obstetrics and Neonatal Database for deliveries taking place during a 10-year period. Women's BMI at delivery was categorized as normal (20 to 24.9), overweight (25 to 29.9), obese (30 to 39.9), or morbidly obese (≥ 40). We evaluated the effect of the management of labour on the need for Caesarean section using unconditional logistic regression models. RESULTS: Data were available for 11 922 women, of whom 2289 women had normal weight, 5663 were overweight, 3730 were obese, and 240 were morbidly obese. After adjustment for known confounding variables, increased BMI category was associated with an overall increase in the use of oxytocin and in the use of epidural analgesia, and with a decrease in use of forceps and vacuum extraction among second stage deliveries. Higher BMI was also found to be associated with earlier decisions to perform a Caesarean section in the second stage of labour. When adjusted for these differences in the management of labour, the increasing rate of Caesarean section observed with increasing BMI category was markedly attenuated (P < 0.001). CONCLUSION: Women with an increased BMI are managed differently in labour than women of normal weight. This difference in management in part explains the increased rate of Caesarean section observed with higher BMI.