The Healing Effect of Health At Every Size College Courses 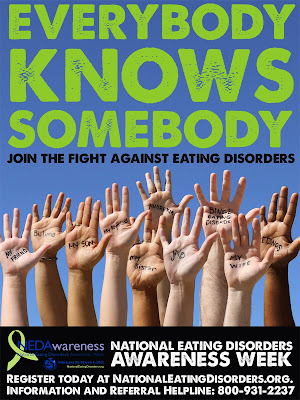 When I went to college I was truly shocked by the amount of eating-disordered behavior I saw there.

In time I discovered I knew several people with true bulimic issues, some with binge-eating, and some with anorexic tendencies. Many others simply had a lot of neuroses around food and major guilt about "being bad."

What shocked me most was that most of these eating-disordered behaviors were in people who were "normal" weight or just a bit "overweight" by societal standards.

That really shocked and surprised me. It made me start to rethink many of the things I had been taught in Weight Watchers and elsewhere. For years, I had believed that all fat people had eating problems (or they wouldn't be fat, right?) and that nearly all average-sized people did not have eating problems. I knew a few had anorexia and I'd heard about binge-eating and bulimia, but I expected most eating disorders to be in people with body size extremes.

Yet really, most of the people I met with eating disorders looked "normal." They were basically of average size, and because of that fact, they were able to hide their eating disorders very well indeed. No one would believe that they had an eating disorder just by looking at them, whereas many believed it of me based on my looks...but it wasn't true.

Now, I have to qualify that a little. After years of dieting, I had started to develop some eating-disordered behavior, but it was pretty mild. It certainly hadn't developed even remotely to the level of binge eating, anorexia, or bulimia. I was never an emotional eater, I didn't binge, nor did I have the kind of neurotic fixation on food that I saw in many of my peers. Once I realized how screwed up some people's behaviors around eating were, I realized that I was better off than I thought. I didn't have an actual eating disorder, and I realized that simply being fat certainly didn't guarantee one. And once I eventually left the dieting lifestyle, any leftover neurotic eating behaviors disappeared altogether.

College campuses are rife with eating-disordered behaviors. The good news is that some colleges are recognizing this, organizing support for those who need it, and offering coursework surrounding these issues. This is a huge step in the right direction.

I hope that college courses like the one below can help blunt some of this angst and help heal people's body issues. College is a powerful time to heal body image and eating disorder issues, so I hope more colleges will make courses like this available.

Colleges and medical schools, are you listening?

Posted by Well-Rounded Mama at 9:46 PM