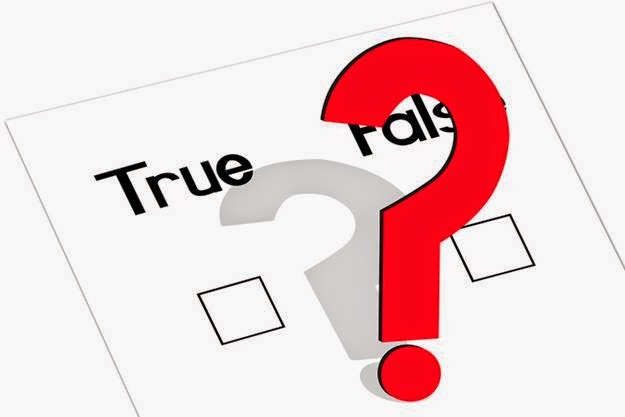 I recently stumbled across an article by pure coincidence. It's called "Widespread Misconceptions About Obesity."

It was written by several doctors and researchers, and it was published last month in the journal, Canadian Family Physician. You can read the full text of the article here.

In the meantime, here are some good quotes from the article (my emphasis):
Here is their list of 7 common misconceptions about obesity:

The article is not perfect, of course, and I have some nitpicks here and there.

But I was especially pleased to hear them mention shifting the focus from numbers on a scale to health habits. We may not all be able to become a "normal" BMI, but we can all improve our health behaviors, and that will help health, regardless of where your BMI is.

This is right in line with the Health At Every Size® philosophy (even if they don't mention that concept by name), which is starting to gain more traction in mainstream research. Hopefully these authors would support eliminating obesity stigma in public health campaigns as well.

On the whole, this article is a welcome change to the dialogue about obesity. How heartening that at least some family doctors are starting to "get it."

Now if we could only get the word out to medical schools and obesity researchers, where weight stigma runs rampant and largely unchecked.

For example, did you see the recent blog post about professional obesity researchers making fun of fat people and cracking fat jokes during their conference? No less a major journal than The Lancet published a piece about it, which concluded:


In line with guidelines for publishing in obesity and journals of other disciplines that adhere to the standards of the Committee on Publication Ethics, authors should avoid bias and stereotypical language, which should apply to all dissemination activity including academic conferences. Hence, obesity researchers should adhere to these standards.

Amen to that! Hard to believe how unprofessional these researchers were. But frankly, that kind of behavior goes hand in hand with the utter contempt that so many in the obesity field have towards their study population. Kudos to authors Stuart W. Flint and Sophie Reale for having the professional courage to shine a light on this disgusting behavior.

So, on the whole, it was a week of encouragement and discouragement in some ways. It was encouraging to see the Canadian Family Physician article addressing common misconceptions about obesity, but it was frustrating to hear about professional academics resorting to fat jokes and put-downs about the very people they study and are supposed to be "helping." At least The Lancet published a letter calling them on the carpet for it, I guess.

I commented on Ragen's blog too about that article, but it's worth repeating. The behaviour of these "fat joking scientists" is identical to Nazi and Eugenics researchers: they made fun of and enforced stereotypes of their subjects.