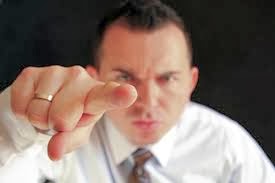 Another iconic entry from My OB Said What!?!:


“You are grossly overweight. I need you to realize that your weight alone means you are probably going to have a cesarean section. Your previous weights in other pregnancies are irrelevant.”

This is such a frustrating entry. It's a classic case of fat bias predisposing towards cesarean delivery.

Yet apparently not for fat women. Certainly not with this doctor.

This woman had not just one but TWO prior vaginal births (so obviously it wasn't just a fluke or random luck), but none of that mattered to the OB, who had the preconceived notion that a high weight almost certainly means a cesarean section and that's that.

And the sad thing is, for many care providers, expectations become a self-fulfilling prophecy.

Whatever happened to a caregiver expecting normalcy?

Although it is prudent to be aware of possible complications with women of size, the best course is to expect normalcy in fat women, too.

Yet the extreme perception of danger around obese pregnancy means that many care providers expect "abnormalcy" in this group, in virtually every case, even when multiple prior pregnancies have been healthy and normal in every way.

Sadly, people generally find what they want to find...or create it.

Posted by Well-Rounded Mama at 1:41 PM

Somebody in the Fatosphere, I don't remember who, identifies this medical thought-stopper as "explodeanddie," as in, that's what we fat women are always on the verge of doing, so all medical "help" must be based on that. Have you seen the latest entry over at MOSW? A nurse "counseled" a woman who had lost a pregnancy by saying that "women your size have no business having children anyway." Because explodeanddie.

Explodeanddie was behind the assertion by an OB who was theoretically providing shadow care that regardless of my 100 percent normal blood pressure, as shown in my official medical records, I must give birth in a hospital with an IV port in place, because I was going to have a cardiac event. Because explodeanddie, duh.

Three homebirths later, haven't blown up yet. Maybe my butt just has a long fuse on it . . . ?