I Hope You're Enjoying Life Because It Will Be Over Soon 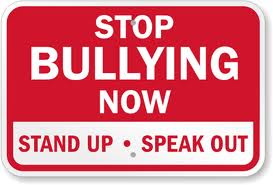 Here's another example of the bias some fat women face when they try to see a doctor.  And care providers wonder why some fat people tend to avoid going to the doctor?

This was said to a woman who was at the family practice doctor because she had PCOS and was experiencing recurrent miscarriages. She recounts [my emphasis]:


I spent 10 minutes telling him of my history, at his request, at which he responded that PCOS is just a label, and my only problem was I was eating too much, I had no hormone problems at all – not that he’d done any tests, if he had he would've found the huge hormone problems.

When I complained to the clinic, I was told by the Practice Manager that it would be ‘tantamount to child abuse to assist me in pregnancy when I clearly didn't look after myself’.

Here we are again, back to medical bullying.

This situation has a number of problems with it, starting with the perception by some in the medical world that PCOS isn't a real condition, that it's just fat people eating too much and wanting to blame something besides their own habits for their problems. As we have seen in our PCOS series, this isn't true. PCOS is a real condition, it's often genetically linked, and weight gain and difficulty losing weight is part of the condition for many women. But that's a different post.

Another problem is denying fat women access to fertility assistance simply because of their weight, a problem which is rampant in the medical world these days. Or the idea among some fertility docs that helping someone who is fat get pregnant is "tantamount to child abuse." That's a whole different rant.

No, today, let's look at the most obvious problem with this comment, which is pulling The Death Card on the fat person seeking health care, and then using that as a justification for denying them the right to be a parent.

"I hope you're enjoying life because it'll be over soon."

Really?!?! What makes a doctor think they should say something like this to a patient, ANY patient?

NO ONE KNOWS HOW LONG ANYONE HAS TO LIVE.

Even if the patient before you has terminal cancer, there is just no predicting with any accuracy how long that person has. And being fat is NOT terminal cancer.

At the extremes of obesity it's possible it may shorten life somewhat, but not every study agrees that obesity decreases lifespan. It may be that mortality effects are more related to underlying metabolic conditions than to obesity itself.

And it's so hard to tease out the effects of weight from the effects of other factors like weight cycling, physical activity and fitness, the stress of weight stigma and discriminatory practices, and co-morbid metabolic conditions that may be causing the obesity in the first place.

And what is the impact of under- or over-treatment of fat people by healthcare professionals on mortality rates? Research shows that obese people receive fewer cancer screenings, and are routinely underdosed with antibiotics, anti-coagulants, chemotherapy and other medicines. If fat people had optimal healthcare treatment that was appropriate for their size and unique needs, what impact might that have on outcomes?

Bottom line, it's hard to say for sure how weight affects life length exactly, and there is certainly NO way to predict how long any individual's life will be.

Nor is it clear that weight loss always improves life expectancy. In some studies, it actually increases mortality rates instead. Moreover, it often leads to weight regain and weight cycling, which may be associated with greater mortality or increased cardiovascular risk than weight stability.

Sadly, the care provider in the quote above reflects the common belief of many medical folks that fat people are about to keel over and die at any moment, which is not true. Most fat people will live a reasonable lifespan.

Some evidence suggests that very high weights may impact lifespan ─ but only modestly. Care providers who say things like "You won't live till 40 if you don't lose weight" are full of baloney.

Furthermore, not all research supports an effect of obesity on lifespan, and it's difficult to untangle the influence of other common co-existing factors from the influence of obesity itself. Nor is it a slam-dunk that weight loss always improves outcome or lengthens life.

Bottom line, the topic of obesity and its effects on health is a complex one, and simplistic approaches just don't work well. Scare tactics and exaggerations are inappropriate and lead to abusive and discriminatory practices.

Or it leads to doctors denying fertility treatment to fat women until they reach a certain BMI. Or it leads other care providers and people in the media to try and scare fat women out of pregnancy unless they lose a great deal of weight first, telling them that they won't survive pregnancy, or that they won't live to see their child grow up.

Trying to scare fat people (especially young women of childbearing age) into believing that they are about to keel over at any moment is straight-up medical bullying. And denying them the right to adopt or pulling The Death Card to scare them out of pregnancy on this basis is just plain wrong.

Untangling the complicated web of interaction between risk factors and weight status is difficult, and no care provider has any business making dire predictions for individuals.

Posted by Well-Rounded Mama at 1:06 AM

My response to that doc would have been: I hope you enjoy malpractice, because you're about to be sued for it.

It hurts me so much to hear these things doctors say. It is an abuse of position of power, absolutely immoral, completely wrong yet it keeps happening. My sister was told by a doctor that "there was no point getting your master's degree if you're going to be too unhealthy to work." What a way to belittle someone's accomplishment....

Sadly medical bullying isn't reserved just to people who are considered heavy, obese, or how you want to describe someone that is deemed for lack of a better word "fat" by another especially in the medical field. "I hope you're enjoying life because it'll be over soon." I've been hearing this since I was 13 yrs old and it was based then on my having received a muscular dystrophy (MD). Since I made it to 40 it's now I will expire at 47. Ditto with the remark about the helping with pregnancy subject to child abuse. I can't tell you how many times I heard that in trying to keep a pregnancy viable and when it came to delivery. I was turned away a few times at the end of my pregnancy because weight gain during and MD made me too high risk for the high risk OB/gyns. Now I hear it because i developed a hormone imbalance and have ballooned with weight more than tripped when i was pregnant with both my dc combined. Your right about the adoption agencies and gov being discriminatory about weight when it comes to adoption. I couldn't even adopted be guardian to my sister's children age 6 months to 4 years old because I'm too fat. I was stunned that my increased poundage made me ineligible. Before that it was always about the MD. No Medical bully exists and its out there and needs to stop no matter what.

Hi. I am a doctor in South Africa. This has been such an interesting blog to read. Personally I have never told any patient that they need to lose weight unless they have specifically asked for advice regarding weight loss..this is due to several factors..which are hard to explain because our culture and health care system is quite different to that in the USA, at least in the government sector that serves the majority of the country's population. One is that the population i work with is generally quite poor, and weight loss even in those who are overweight is seldom priority number one, and also is not always culturally acceptable. Secondly we are very understaffed and often have no time to sit with patient for longer than 10 minutes, at least in the government hospitals, and so we tend to just focus on the problem the patient presents with, and dont always have time to do opportunistic health promotion as suggeting weight loss might seem to be, and if we do have time we promote HIV testing and pap smears and mammograms long before weight loss..because theae are proven to be life altering and life saving, and possibly because we don't know much about weight loss and what to suggest beyond what we can tell them from our own experience, as weight loss is not a huge focus for us in med school, at least not in my country. It seems absurd to me that a doctor would bully a patient about their weight, or would say such terrible things to their patients. I would like to think that they are doing what they think is helpful, but who knows. I can say that I know amazing doctors ( my colleagues) and can speak for them and myself when we say we try our very best to people. I dont think any doctor anywhere wakes up in the morning and wants to do harm, but clearly some are "misguided" I would just encourage people to keep looking for a good doctor who will help them properly..we are out there I promise!

Thank you, Dr. Anonymous. We do know that there are good doctors out there too, but you have to understand that so many larger people have received such poor treatment from healthcare professionals that it's easy for them to lose faith in the medical profession.

As a result, it's very common for many fat people to avoid seeing the doctor. They've had such bad experiences that they don't trust that they will be treated humanely.

I personally do know some outstanding doctors and midwives who are very compassionate and dedicated to people of all sizes. But it's good to be reminded that they do exist and that most come from a place of trying to help, not harm.

Thank you for sharing, and keep up your good work in your area!