The Dangers of Estimating Fetal Weight Near Term 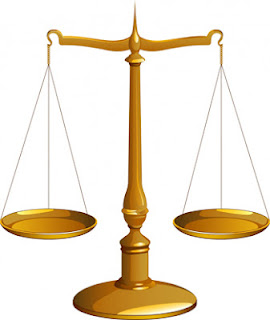 Here's a new, interesting study that shows that the routine practice of ordering a fetal weight estimate near term can have negative consequences.

Background: Many care providers order an ultrasound to estimate the baby's weight when the mother is near term, even though research shows this is not a very accurate way to predict the baby's weight.

Women with babies predicted to be big often are pressured to schedule a planned cesarean to avoid the possibility of shoulder dystocia (shoulders getting stuck, causing injury to the baby), despite little research to show that a cesarean improves outcome.

Or they are encouraged to induce labor early "while the baby is smaller," even though research shows that this actually may increase the risk for cesarean.

Here is a new study that shows that even just doing the fetal-weight ultrasound in the first place may increase the risk for cesarean.

Why?  Probably because knowledge of the results (and nervousness over fetal size) changes the behavior of the care provider so that they have a lower surgical threshold during labor.

This is particularly an issue for women of size. Even though the majority of "obese" women do not have big babies at all, we do tend to have bigger babies on average than "normal" weight women.  This makes care providers nervous. And since many believe that fat women eat mostly junk food or are practically diabetic anyhow, this increases their fear of big babies even more. So many providers routinely order ultrasounds to estimate fetal weight near term in the pregnancies of obese women.

In this most recent study, 50% of all pregnant women had an ultrasound that calculated Estimated Fetal Weight (EFW) within a month of delivery. Those that did had a higher cesarean rate than those who didn't, especially those whose babies were predicted to be big by EFW.

An ultrasound to estimate fetal weight near term does not improve outcomes and is a risk factor for an increased cesarean rate.


OBJECTIVE: The purpose of this study was to investigate whether knowledge of ultrasound-obtained estimated fetal weight (US-EFW) is a risk factor for cesarean delivery (CD).
STUDY DESIGN: Retrospective cohort from a single center in 2009-2010 of singleton, term live births. CD rates were compared for women with and without US-EFW within 1 month of delivery and adjusted for potential confounders.
RESULTS: Of the 2329 women in our cohort, 50.2% had US-EFW within 1 month of delivery. CD was significantly more common for women with US-EFW (15.7% vs 10.2%; P < .001); after we controlled for confounders, US-EFW remained an independent risk factor for CD (odds ratio, 1.44; 95% confidence interval, 1.1-1.9). The risk increased when US-EFW was >3500 g (odds ratio, 1.8; 95% confidence interval, 1.3-2.7).
CONCLUSION: Knowledge of US-EFW, above and beyond the impact of fetal size itself, increases the risk of CD. Acquisition of US-EFW near term appears to be an independent and potentially modifiable risk factor for CD.


OBJECTIVE: Our purpose was to determine whether clinical or ultrasonographic prediction of fetal macrosomia influences subsequent delivery route and birth outcome in a clinical setting where macrosomia is not considered an indication for cesarean delivery. STUDY DESIGN: The hospital records of 504 patients delivered of infants weighing > or = 4200 gm between October 1989 and March 1994 were reviewed. Statistical comparisons were made between patients in whom fetal macrosomia was predicted before delivery (n = 102) and those in whom it was not (n = 402). Cesarean delivery, shoulder dystocia, and birth trauma rates were the variables of interest. RESULTS: Cesarean sections were performed in 52% of the "predicted" group deliveries and in 30% of the "not predicted" group (p < 0.01). The increased cesarean delivery rate in the predicted group appeared to be related to an increased incidence of labor inductions (42.5% vs 26.6%, p = 0.005) and a greater proportion of failed inductions. The proportion of patients delivered by cesarean section without a trial of labor was similar in the predicted and not predicted groups (14.7% vs 10.2%, p = 0.21). There was no significant differences in the incidence of shoulder dystocia or the occurrence of birth trauma. CONCLUSIONS: The antenatal prediction of fetal macrosomia is associated with a marked increase in cesarean deliveries without a significant reduction in the incidence of shoulder dystocia or fetal injury. Ultrasonography and labor induction for patients at risk for fetal macrosomia should be discouraged.

Wow, that is great to see there is a study backing this up. Large babies run in our family, and I got sick of the doctors saying 'you must induce, baby is getting too big'. Sad to say I never went into labor on my own, but my smaller first babe was C-section only due to my failure to progress - which was due to the epidural, not my weight or the baby's. He was 9 lb, 14.5 oz. Baby #2 was a VBAC and was 10 lbs 6 oz. No drugs. No problem. Thanks for sharing this research!

Very interesting to read! For both my children the estimated weight was about a pound off--in different directions. They were concerned about my son's size, but he was a pound smaller than they thought (7lb6oz). They weren't very concerned about my daughter, but she turned out to be about a pound larger than they thought (8lbs15oz). Thankfully my midwives weren't agitated by it, but I think it might have been different if I had been with a standard OB.

As a part of my NST/BPP at 41w, the ultrasound tech estimated fetal weight, even though I'm fairly certain my doctor didn't order it (she specifically told me not to ask, it wasn't accurate) and they told me 10 pounds, 4 ounces. Partly for that reason, I agreed to the induction at 11 days over (4 days before I "had to") and lo and behold, my baby came out at 7 pounds, 4 ounces.

It was THREE POUNDS OFF. (Un) trained monkeys could do a better job.

I was told my baby girl was 8 pounds already at like 32 weeks. Fortunately, I had a midwife with her, so there was no pressure about induction or cesarean section. My labor didn't go as plan, so after over 24 hours of laboring at home/birthing center, I had to go to the hospital. There they start induction and I had several doctors come in and tell me that I would never have my child vaginally. Sixteen minutes before they were going to take me into surgery, I pushed my girl out and she was a healthy 6lbs 6 oz. Now I am pregnant with my second child (a boy) and he looks huge compared to my girl in all his ultrasounds. I am a little nervous this time. I am fortunate to have a doctor (had to move so couldn't use my midwife from before, but planning on having one present) that doesn't induce unless you are past 41 weeks. I don't think it will come to that.