Check Out My New Post at Science and Sensibility! 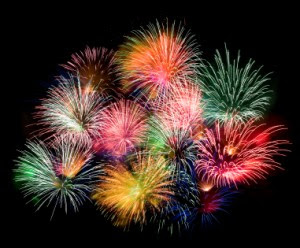 On the childbirth blog, Science and Sensibility, there is currently an ongoing series about "obesity" and pregnancy.  All the usual material is there, be warned, but to its credit, it has also solicited the views of women of size, something most of these discussions never do.

So I submitted some posts on the topic and my first one is up on the blog today.  Huzzah!

Go forth and read it, link to it, "like" it, tweet it, digg it, and whatever else you can do to increase its visibility and readership. Give it some serious love, people.  Having an alternate point of view represented is a major step forward.

I do have one request, though; if you comment on my post or anyone else's, be respectful and polite as you make your points.  It's a radical thing to have our voice actually represented in these discussions and we want that voice heard and taken seriously.

There will be further follow-up posts from me there, so stay tuned to the Science and Sensibility blog for more!

A Note About Terminology

I'd also warn FA activists that I use the "o" words in the post at times.  While I strongly dislike these terms, I've found over the years that the medical establishment doesn't take you seriously if you only use alternate terms, and the word "fat" is seriously alienating to a lot of women who aren't on board with the fat-acceptance thing yet.

Also, it's a search-engine optimization thing; the fact is that most of the terms used to search out this blog and my website involve "overweight" or "obesity" or variations thereof.  Back in the days when I scrupulously avoided these like a good NAAFA-ite, it really limited who would find my information. Often it kept the people who MOST needed to hear it (newly pregnant fat women, those facing fat-phobic treatment and misinformation, or care providers looking for information about weight and pregnancy) from finding it altogether.

So I grit my teeth and use the "o" words at times, both here and when I write about the topic elsewhere.  Here I use scare quotes around "obese" etc. to show that I GET it and I don't like those terms either.  Elsewhere I don't always, for style reasons and to be taken more seriously by medicos. But it doesn't mean that I don't agree with the objections to these words.

In making this compromise, I am taking my cue from various researchers and authors who write about HAES topics and have also had to negotiate a compromise between ideals and practicality.  Here's a summary from Saguy and Gruys, in their article on the way that the news media frames articles on obesity vs. eating disorders (an awesome article, BTW, if you've never read it):


The definition of “overweight” and “obesity,” and even these terms themselves, are contested. Fat acceptance activists, who advocate for civil rights on the basis of body size, argue that these terms pathologize normal biological variation and reclaim the word “fat” as a neutral descriptor like “tall” or “short” (Cooper 1998; Wann 1999). Similarly, many feminist scholars have avoided the term “eating disorder” because it situates “disorder” within individuals rather than in complex social structures. We do not use “overweight,” “obesity,” or “eating disorders” because we endorse a medical or public health framing, but because we seek to establish how these particular terms have been constructed in the news media. We note that a search for articles using the term “fat” produced very few relevant articles, which is not surprising given that this word is still taboo in most social circles in the contemporary United States. An article search using the term “eating problems” was similarly unproductive. For stylistic reasons we do not place the terms “overweight,” “obesity,” or “eating disorder” in quotations throughout the article, but we wish to be clear that this is the spirit in which we use them.

So hopefully that will explain why I use these terms at times, even as I hold my nose.

The best compromise I've found so far is to mix up my use of terms, using the "o" words mostly when discussing medical research, using "fat" as a descriptor of size or when talking about FA things, and using terms that are seen as more neutral (like "women of size") as much as possible in between.

You can agree or disagree with that compromise, just remember that I've done it for practicality reasons only.

This series of posts on Science and Sensibility ties well into my upcoming series on this blog on the risks of "obesity" and pregnancy, one I've been working on for a long time but have had trouble finishing because it's so research-intensive and I've been so busy.

For that reason, it will be a periodic series.  We'll do an overview first, then take one risk at a time and dissect the research on it, and finish by overviewing what might be done to help lessen the risk for that complication.

As I said, it will be a periodic series; other posts on other topics will get interspersed between to allow me time to work on each installment.  I'm sure it will take me a long time to finish the whole series, but bit by bit we'll get there.

This can be a difficult subject to discuss, because the last thing I want to do is scare pregnant women or those considering whether or not to have a baby. And information about risks can certainly scare anyone considering pregnancy.  But it's also a disservice to pretend there aren't any risks, or to not discuss ways in which women of size can be proactive about risks.  To me, knowledge is power, and this is an important discussion to have.  Just keep it in perspective.

Remember that risk discussion, by its very nature, tends to inflate people's perception of risk.  Add in pregnancy, when women feel most vulnerable, and risk discussions can be a bit scary. They narrowly focus on the small minority of people who have complications, rather than the large majority of those who do not.

Just keep reminding yourself that most of the time, pregnancy goes perfectly well, and many MANY women of size have had healthy pregnancies, healthy babies, and healthy births.
Posted by Well-Rounded Mama at 11:26 AM

I just wanted to say thank you so much for posting there. I read the first few posts in the series, and they pretty much ticked me off (listing things like higher c-section rates and earlier delivery as a risk of obesity, without mentioning that many fat women are told they MUST have a c-section at 36 or 37 weeks BECAUSE of their size & the whole mention of gestational diabetes as if all/most women with high BMIs have GD).

I was tempted to respond, but didn't, because I didn't know how to phrase things without just coming across as a pissed off fat chick disagreeing with the "experts", so it is freaking awesome to see someone who gets it given a chance to respond from a place of authority (as a poster rather than just a commenter).

It is likewise frustrating that there are charts and lists of complictions associated with obesity and a dearth of commentary on why this should be so. For example, it may be that a tendency to gestational diabetes is coupled with a tendency to get fat, i.e., that there is a common factor behind both.
If obesity in pregnancy is child abuse, what about weight-loss dieting in pregnancy? People have some really obscene notions these days about what constitutes child abuse.

I'm glad you've had the opportunity to read several of the posts in this series at Science & Sensibility. Knowing what we had coming ahead in the series (perspectives "from all sides") my overview was just that--an overview. Pam's pieces in the series are important ones, thus my reason for inviting her to join in!

I have to admit, approaching this series was tough: trying to construct the pieces in a way that would neither alienate high-BMI women, nor the "medicos" that might be reading, required a delicate balance...one I tried extremely hard to approximate.

Pam's next post is up today, following with her last in the series coming tomorrow. Do keep chiming in...the end of the series finishes with Kathleen Kendall-Tackett who discusses breastfeeding issues (and the ridiculous suggestion she once came across to create breastfeeding courses just for women of size...her point: ALL women who want to, can breastfeed...large, small or somewhere in between.)

Thanks a million to Kmom for joining us in this series!

Brilliant article as always! I’m so inspired by you. I just want to scream out, “I’m a plus size woman who had a natural childbirth – it can be done and is done all the time”. You stated everything I’m feeling and more in such sensible and intelligent manner. Too many plus size women are being robbed of their birth experiences. I’ll be sharing the post!

I like your explanation of using the terms "obese" etc. I struggle with this one when I write from an FA, HAES perspective but want to be taken seriously by the folks who need to hear the message most but won't listen if you don't speak "their language." Thanks for writing this series. Hope some folks might stop and think...