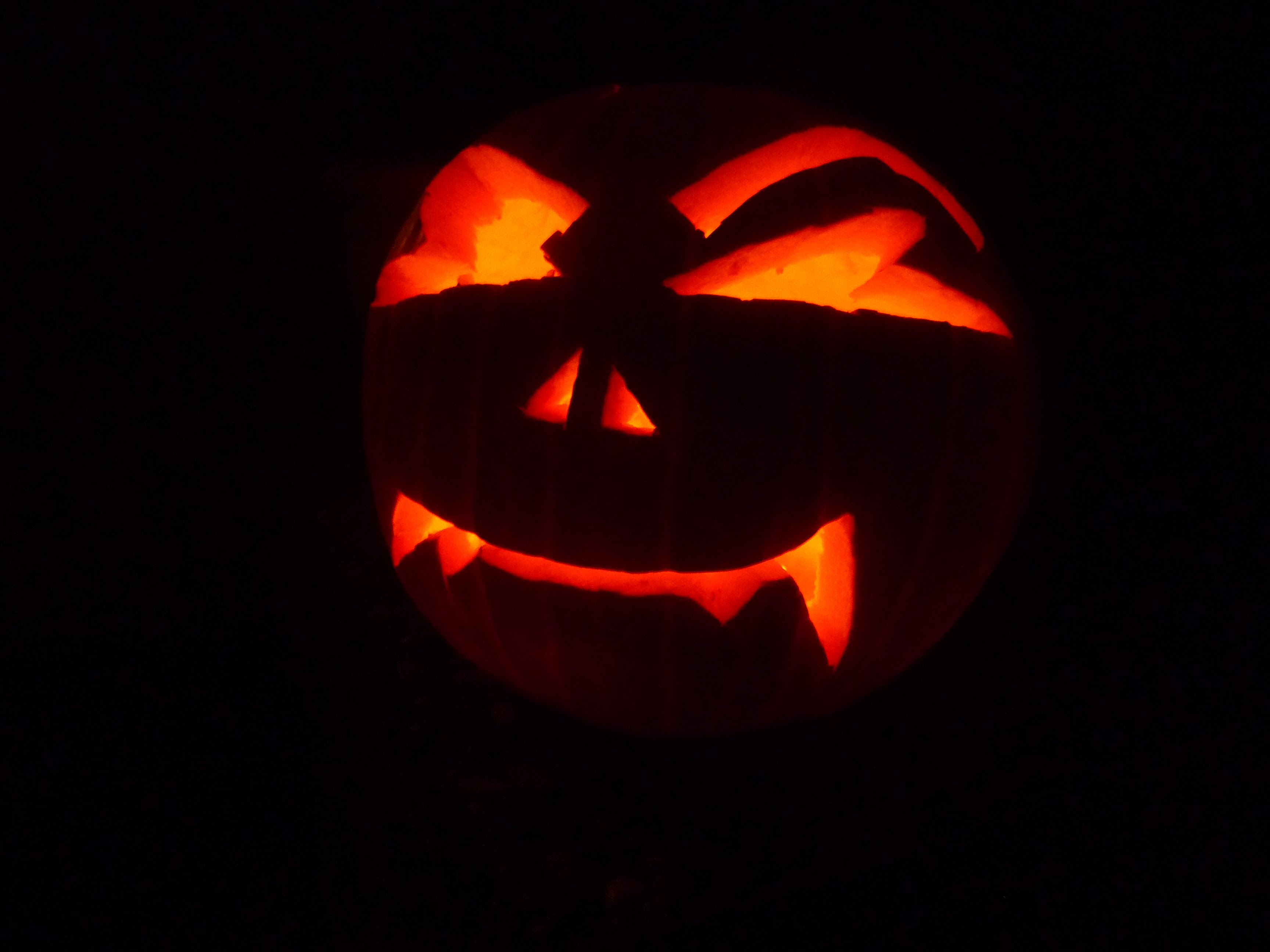 Happy Halloween to all who celebrate it!
I know my kids have all been anxiously awaiting October 31st; my little one has been impatiently counting down the days.  She's so excited to realize the day is finally here!

One thing I've done over the years was to keep a journal of some of the cute things my kids have said or done.  They really enjoy going back and hearing some of the silly/funny things that came out of their mouths when they were little.

In the back of this book, I've kept a list of who dressed up in what costume each Halloween over the years.  We got it out the other day and they had a lot of fun remembering their various costumes.  I highly recommend keeping a list like this.  You'll love it someday and so will they.

If you were really ambitious, you might even keep a special photo album devoted only to various Halloweens over the years.  It would be a really lovely documentation of how each child grew and changed, all in one little album.

My favorite years have been the years we had themes going.  One year the big three kids all did Star Wars costumes, along with some other friends.  My older daughter as Princess Leia (complete with Cinnamon Bun Hair) was hysterical.

The sweetest years were the years of the Peter Pan theme.  One year, when the eldest two were preschooler/toddler, my daughter was Captain Hook and my son was the Crocodile. That was cute.  Another year, after all four kids had arrived, the boys dressed up as Peter Pan and Captain Hook, and the two girls were Tinkerbells (they both wanted the fairy wings).

I love themed years....but most years the kids just aren't amenable to that. This year, I have an age range from teenager down to little. That makes for an interesting range of costume choices...and makes a theme highly unlikely anymore.  That makes me a little sad, but c'est la vie.  Their interests are just too far apart now.

The oldest teenage girl is going to dress up "Goth" for Halloween and go over to a friend's house.  She is looking forward to being able to temporarily dye her hair (it washes out) and wear Goth make-up.  She also has those sleeves that make you look like you have tattoos, and temporary press-on long nails.  I have parent friends who are horrified that I'm letting her dye her hair and go Goth, but I figure, better to let her try rebellion on in a temporary form, right?  I think part of what teens do is "try on" different possibilities; doing this for Halloween seems pretty harmless to me.  It's only one night; why not let them be outrageous one day of the year?

My teenage boy is doing what teenage boys do.....going spooky.  He's got an all-black cape/robe, black gloves etc., and a silver skull mask with black headpiece.  Since he's getting pretty tall now, he really does look pretty creepy in it.  I'm taking him to be a performer in a haunted house during the day, and then he'll come home and enjoy his last year of trick-or-treating.  Honestly, I think his is the best costume this year.  Verrrrrrry creepy.....and he'll milk every second for all it's worth.

My little boy is going Ninja this year.  I found a great black robe at Goodwill, and some Ninja acoutrements from the local  MegaMart.  He thinks he is very cool indeed.  I think he looks adorable, trying to be all tough and cool when he is so clearly still a very sweet little boy.  Gotta enjoy it while it lasts!  All too soon he'll be in the looking-creepy phase too.

I had a lot of angst over my little one's costume this year.  She has been a Princess each year since forever.  She is the girliest-girl you have ever met, which is a mystery to my older daughter and me because neither of us are girly-girly at all.  But this is just the way she came, and she's been like that from the start (with no encouragement from us), so we just let it be.

So Princesses it was for her, every single year she was old enough to choose (except the year we talked her into Tinkerbell by telling her that Tink was a fairy princess).

Last year her princesses began to alter a bit and she went as a Cowboy Princess.  Full princess regalia but with a cowboy hat etc.  It was very cute.

This year, she spent too much time listening to my teen daughter and her friends who HATE pink and who idolize black instead.  So now she tells me she doesn't like pink anymore and doesn't want to be a princess anymore.  Sob!

I thought I'd be thrilled to have her past the ultra-girly Princess phase, but actually I'm quite sad to see it passing.  (Not to mention ticked off at the teenagers who pressured her out of this phase before she was really past it.)  It really was so very precious and sweet, so much a part of her own natural personality, and I wanted her to stay in that magical little-girl pretend phase for as long as possible.

She started out wanting to be a Princess again for Halloween this year.  Without teenage influence, I'm convinced she would have stayed one.  But then, as her brother and cousin decided to be ninjas this year, she decided she'd be a Ninja Princess for Halloween.

Fine, I thought that was a pretty funny combination....it let her still do the Little-Girl Thing but yet added some Kick-Butt Defend-Yourself vibes in there.  I'm all for that.

But when her siblings heard she was going to be princessy yet another year, there was much moaning and groaning.....and so my sweet little girl decided she couldn't do the Princess Thing again.  My heart broke, and I could have killed the siblings for ruining what would have been a classic Halloween costume we could have laughed over later.  I mean, Ninja Princess....how perfect is that?

So then she was going to be just a Ninja.  That was okay, but so unoriginal.  She'd be just exactly what her older brother and cousin were going to be.  Boring.  Themes are great, but not if each child is a carbon copy of the other. Bleah.

Ah, but then inspiration struck while we were at our local MegaMart.  I brought her home an awesome pair of black fairy wings and let her play with them for a while.  She was totally enchanted by them.

So now she has decided that she wants to be a Ninja Fairy for Halloween this year.  You should see her, all decked out in her black outfit, her Ninja robe, and then her fairy wings on top of it all.  So very precious....so funny and so sweet.

So while not quite a full-on Princess this year, she still managed to preserve some of her Little Girl Mojo and keep the fanciful pretend phase a little while longer.

I'm so thankful.  I think the imaginative play phase is such an important part of a child's development, and so sweet for the parents too.  I'm glad my little girl will stay little just a while longer.

What are your kids going to be for Halloween this year?

*Image from Wikimedia Commons.
Posted by Well-Rounded Mama at 5:07 AM

mine are going as Buzz Lightyear, Wonder Red, and Buzz Lightyear. You would think that my boys would be the boy characters and girl as the girl, but no.

Great memories! That would be fun to do a photo album just for the Halloween outfits! Elsa is going as TinkerBell this year. Happy Halloween!