Adoption and People of Size 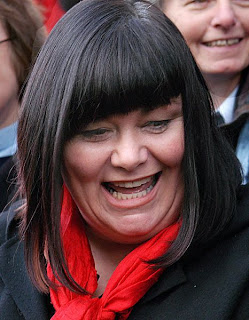 Not only do authorities want to discourage people of size from pregnancy, in some places they routinely discriminate against them in adoption too.

A fat man in Leeds, England, has been denied the right to adopt a child because he is "morbidly obese," i.e., his BMI is over 40. He has been told to lose weight and get his BMI under 40 and then demonstrate the ability to maintain that loss over time, which as we know, is very unlikely.

She tried to adopt a child a number of years ago and was told she had to lose weight first. She lost weight on a crash diet, they adopted the child, and then, as she stopped dieting, slowly regained the weight. (She has been frank about that in the press, so this may account for the new requirement to demonstrate the ability to maintain the weight loss over time.)

Nor is this requirement unique to England. Not long ago, a fat woman with PCOS from Australia was told something similar. She weighed 277 lbs. and was told she had to lose about 110 lbs. in order to be considered for adoption.

Furthermore, some countries (like Korea and China) have put official weight limits on adults wanting to adopt children from their countries. Other countries (like England and Australia) don't seem to have official national policies on weight limits but a number of news stories in the last few years suggests that it is becoming more common.

Here in the United States, weight limits on adoption seem to be much less common, although stories do exist. I personally know several fat women who have successfully adopted without their weight being made an issue; Rosie O'Donnell is an example of a fat celebrity who was able to adopt several times without weight becoming an issue.

Unfortunately, in other countries, obesity seems to be seen as a "legitimate" reason for denying adoption.

Why Keep Fat People From Adopting?

Oftentimes, size bias in adoption is disguised under the dubious cover of being concerned "about the future of the child." Authorities are afraid that:

The authorities in these cases no doubt mean well, but the reasoning behind these mistaken policies is faulty at best. Bottom line, they reflect common prejudices about obesity rather than realistic problems.

First and foremost, adoption weight restrictions are based on the assumption that fat people are about to keel over at any moment and so will not live long enough to raise a child to adulthood, further scarring a child who has already suffered the loss of biological parents.

Amazingly, there are people who believe that fat people shouldn't adopt because they might make the adoptive child fat too. From an ABC news story:

Medical experts told ABC News that obesity — and the associated health risks — may be something that adoption agencies should consider more often when finding a permanent home for a child.

"Kids learn what they see and parents, whether they like it or not, are role models for our kids," said Keith Ayoob, an associate professor of pediatrics at Albert Einstein College of Medicine in New York, who argues that the environment in which a child is raised plays an important role in reducing their risk of obesity.

This is completely contrary to what we know about the biology of obesity. Adoption studies clearly show that body size is most strongly influenced by genetics, not environment. Chances are that a child with a biological predisposition to "normal" weight would stay in the "normal" range, whether or not they are adopted by fat parents.

China announced plans...to tighten restrictions on adoptions by foreigners...Stated bluntly, if you are too fat, you can't adopt a Chinese baby.

The laundry list of new restrictions on adoptions by foreigners is ostensibly aimed at assuring the babies a stable home conducive to good physical, mental and financial health...This policy is misguided, discriminatory and shameful.

Preventing adoption based on weight, no matter what weight, only makes sense if there is evidence that parental BMI is legitimately linked to the quality of a child's life and health or the kind of parenting he or she receives. To my knowledge, that link doesn't exist.

I've searched the medical literature for studies that link parental weight or BMI with quality of life in children and found nothing. I could find no studies that demonstrate a link between the BMI and the capacity to love. I found no system that correlates weight, waist circumference or any other measure of body size with the quality of parenting.

As for a link between parental weight and weight in their biological children, that's a well established fact in the medical literature: heavy parents are more likely to have heavy children. You barely even need to search the medical literature to make this case —just look around. Kids tend to look like their parents...

The science clearly and consistently indicates that body shape and size in children resembles that of their biological parents for the same reason that eye color does — because of genes.

There is no link — repeat none — between the weight of adults who were adopted as children and the weights of their adoptive parents, as has been confirmed by the famous decades-long Danish Adoption Study. More than 20 years of scientific studies have shown that nature, not nurture, explains the weight outcomes of adopted children.

The biggest reason China is imposing restrictions on adoption is because it can, I suppose. A lot of foreigners are trying to adopt Chinese babies, and the government can afford to set limits. There are far more non-Chinese adults wanting to adopt than there are Chinese babies available. In the crudest of terms, it is a seller's market.

The Chinese presumably could, if they wanted to, require that applicants be able to juggle or knit or play the piano. If their intent is to create arbitrary barriers so that the mismatch between supply and demand is resolved, these would work just fine. If their intent is to ensure babies a nurturing and loving home, however, these restrictions would be ridiculous.

So is the notion that you can measure the quality of a parent on a bathroom scale.Denying adoption rights to obese people because of a concern over life expectancy or because of a fear that the fat parent might make the child fat or emotionally unstable is an example of cultural bias against fatness. It has no basis in reality and it should have no basis in the law either.

Size should have nothing to do with adoption. What really matters most is a parent's ability to love and take care of a child, period.


For those interested in adopting, there is an article about adoption and people of size on my website, including hints on dealing proactively with size bias.

*Picture of Dawn French from Wikimedia Commons.
Posted by Well-Rounded Mama at 1:30 AM

Just a question, why the use of the term 'people of size'? Surely everyone has a size?

Very good post - thank you for articulating the issue so clearly.

I stupidly clicked through to the article you indicated required Sanity Watchers points and now I'm wondering how to track this woman down and beat her over the head with a baby-flavoured donut until she sees sense...

It is so difficult to be consumed with an overwhelming desire to parent and to realize that my size stands between me and any future family. As a queer woman, I've been unsuccessful conceiving after 8 months of donor insemination and to realize the adoption route will be just as difficult as achieving a pregnancy (if not more so) is frankly incredibly depressing.

I was hoping you'd blog about this. Great points, and this piece of news made me so sad. I didn't know about Dawn French - I feel a bit sad that she dieted, and more than a bit angry that they've added the "ability to maintain the loss over time" thing. I mean, provided he lost the weight, how long would they have to wait until they can adopt? Five years of being thinner? Ten?

It angers me that there's a child somewhere who could have gotten these parents and was denied them. Adoption is difficult enough as it is.

Sarah, I'm sorry I'm late getting back to you on this. Please don't despair about anything.

First, I'm no expert on fertility issues, but in some women with PCOS it takes both metformin and Clomid. I'm glad you are checking out acupuncture too. I hope you are also on a support list like OASIS or something similar.

Second, if you decide to adopt, remember that the USA is easier on fat folk trying to adopt domestically than some countries like England or Australia. I've known several fat women who have adopted domestically without issues, including fat queer women. I've also known a woman of size who adopted from South America, so that's a possibility too.

Don't give up; you still have options. I know it's a difficult journey, so be sure you get plenty of support on it, and don't let this kind of bad press stuff get you down.